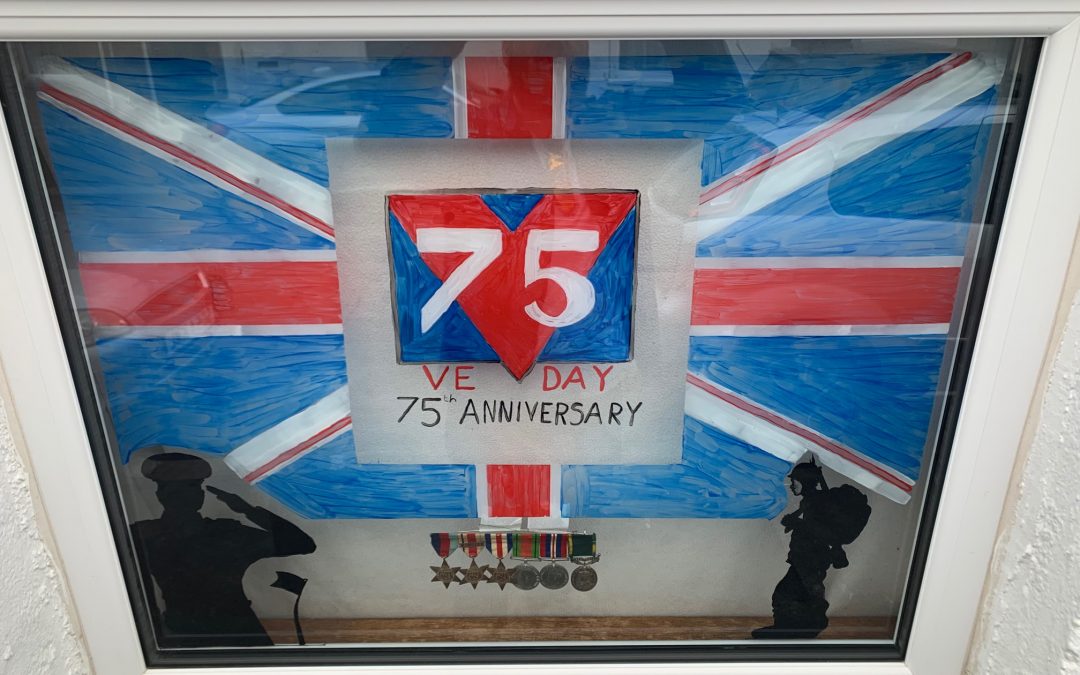 We are marking this year’s special 75th anniversary VE Day celebrations by sharing a couple of our older members’ memories of the day WWII came to an end: Bryan, fourth from the left, enjoying a Carers’ Group trip to Kilnsey Park

Bryan Needham, has been a member of Open Country for over 25 years and regularly goes out with our Carers Group

Bryan was 17 on VE Day in 1945 and spent the celebrations marching the streets of Wetherby as an Air Cadet in a military band. As the base drummer, Bryan remembers the bunting and the cheering crowds and the sense of relief that he war had come to an end.

Living near Spofforth, Bryan’s war years were spent helping his parents support the war effort providing food on their mixed arable, cattle and sheep farm. Bryan remembers the day enemy warplanes dropped a bomb on the Majestic Hotel in Harrogate. He and his fellow students at Sicklinghall School had to take cover under their desks for fear of more shelling. Sadly, Bryan experienced more war devastation witnessing a number of plane crashes of British aircraft in training from their base at Marston Moor.

Bryan cycled into Wetherby every Saturday to shop for his Mum and would often spot Group Captain Cheshire at the butchers. The highly decorated RAF pilot went on to open the first ‘Leonard Cheshire Home’ at Spofforth. The charity is now one of the largest in the UK supporting people with a disability to live independently. Marjery Croft, a member of our Wakefield Weekend Outings Group, was born in 1928

Marjery was 16 on VE Day in 1945 and enjoyed the celebrations at home with her family on their small farm. It was a sunny day and Marjery remembers the peace and quiet until the celebrations began. Her father had some sows who had just had babies. He let them out of the pen for the first time that day and somebody let off fireworks scaring the pigs and making them all jump in the air and scurry back inside! Marjery remembers that the pig looked like it was wearing high heels so her Mum nicknamed her Mrs Lightfoot!

Marjery now lives in a house that was built on one of her father’s farm fields.

We are pleased to announce that with the recent easing of certain restrictions we have started up some face to face outdoor activities. Please get in touch for more details.

We look forward to seeing you all again soon.